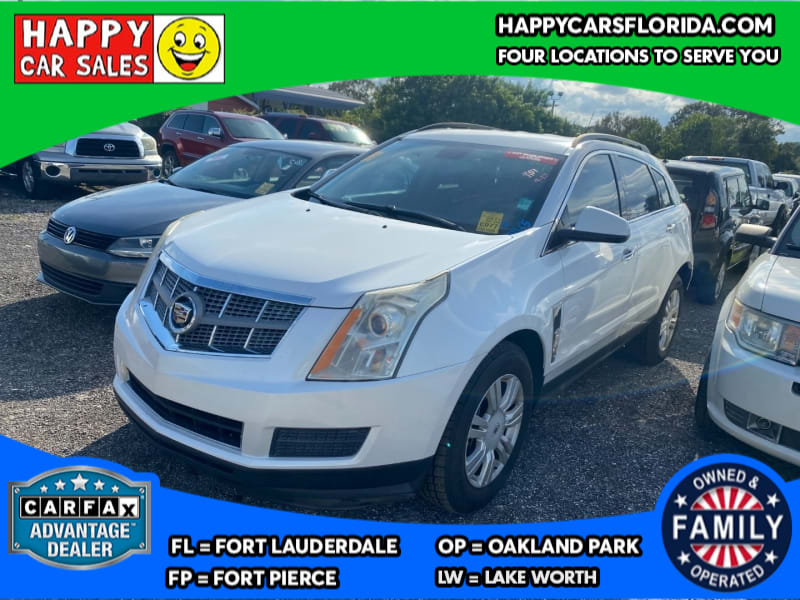 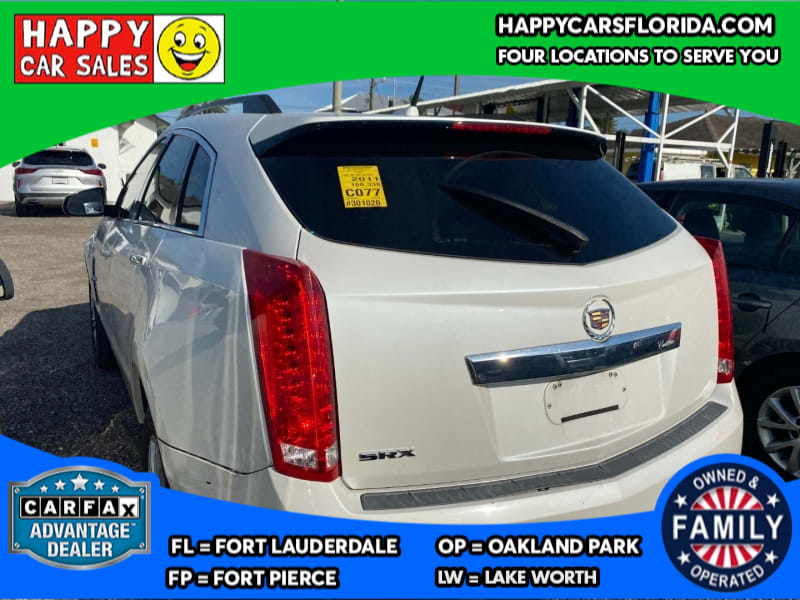 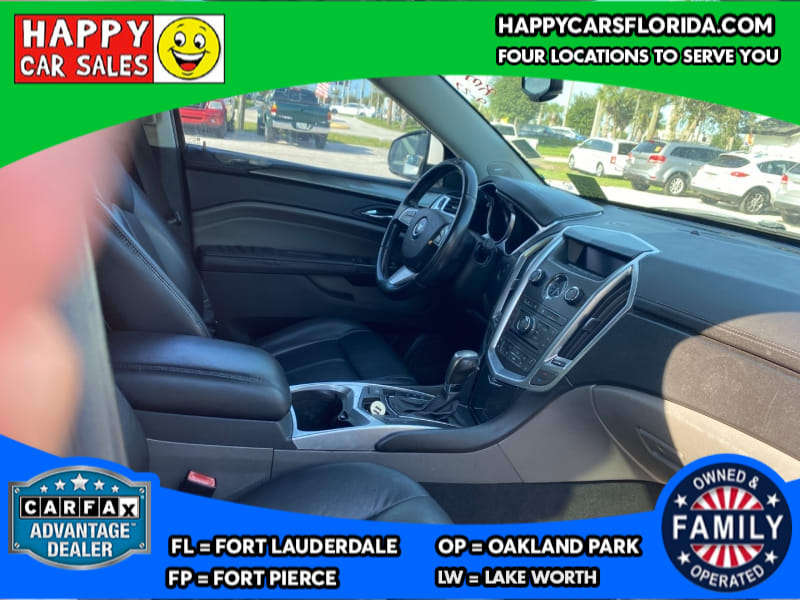 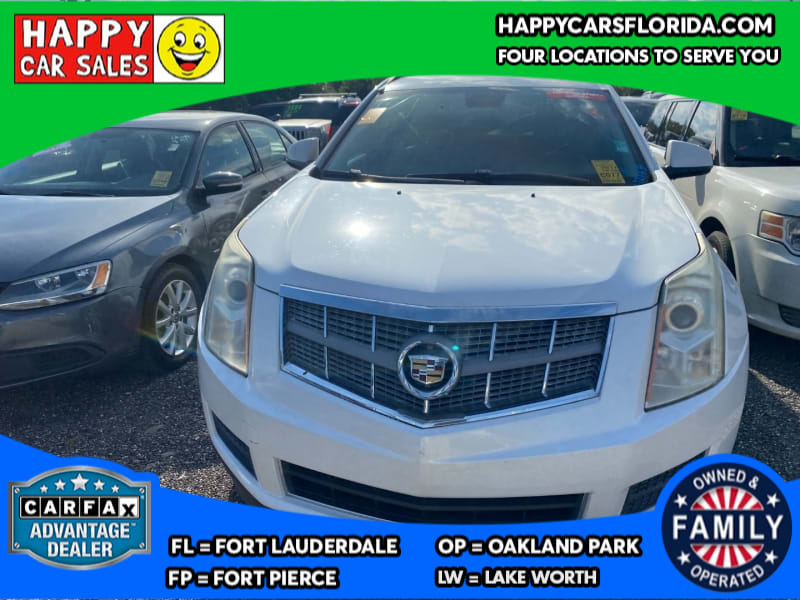 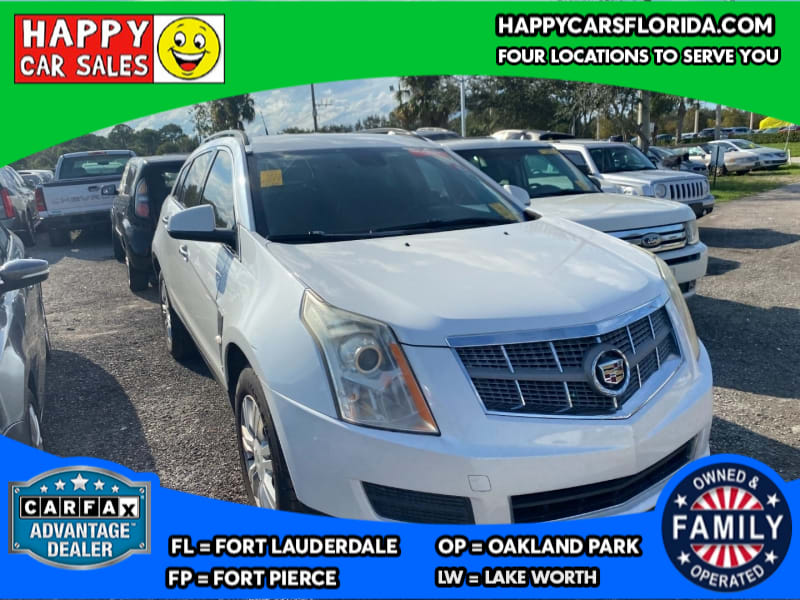 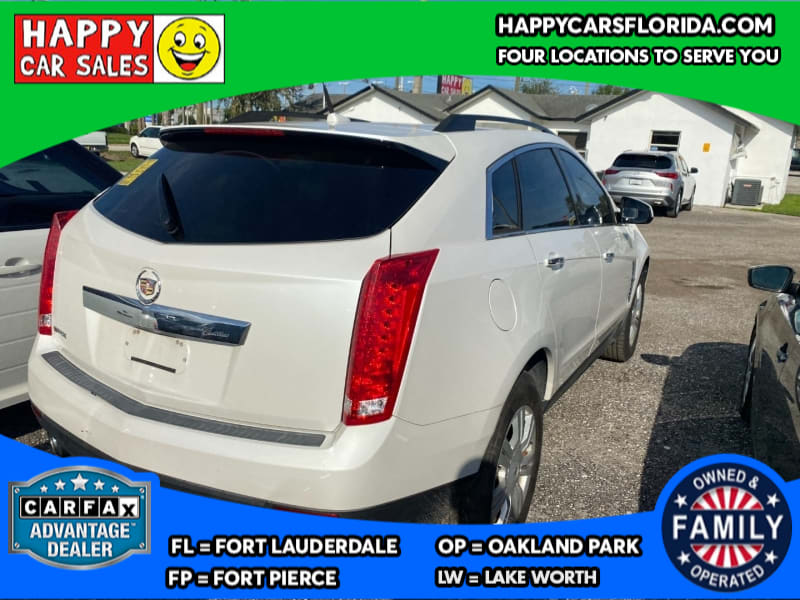 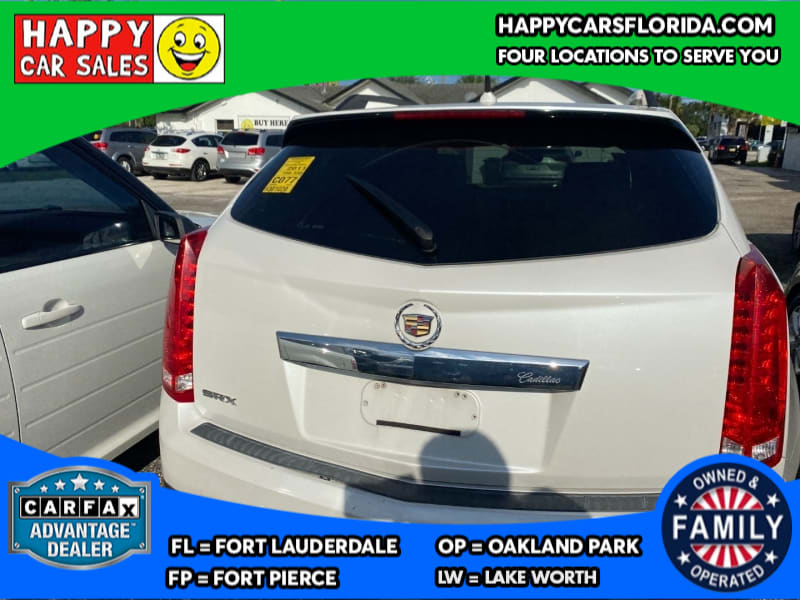 The 2011 Cadillac SRX comes standard with a 3.0-liter V6 that produces 265 hp and 223 pound-feet of torque. A six-speed automatic is the only available transmission. Front-wheel drive is standard and all-wheel drive optional on all but the base SRX. While its horsepower would seem to be competitive in its class, the V6 is overtaxed by the SRX's higher than average weight. As such, a front-drive SRX takes 8.2 seconds to get from zero to 60 mph -- about a second slower than all-wheel-drive competitors. However, fuel economy is respectable, with an estimated 18 mpg city/25 mpg highway and 21 mpg combined for the front-wheel-drive model, and 17/23/19 with all-wheel drive.Stepping up to the Turbo model gets you a turbocharged 2.8-liter V6 good for 300 hp and 295 lb-ft of torque. All-wheel drive and a six-speed auto are standard, though the latter is noticeably more responsive than it is with the base V6 and features a special Eco mode. Despite boasting more power than nearly everything in its class, the SRX Turbo posts a disappointing 0-60 time of 8 seconds. Fuel economy estimates stand at 15/22/18 mpg, which is average for the segment.SafetyThe 2011 Cadillac SRX comes standard with antilock disc brakes, stability and traction control, front seat side airbags, side curtain airbags and OnStar. In Edmunds brake testing, an SRX Luxury Collection with 18-inch wheels came to a stop from 60 mph in a longer-than-average 128 feet. An SRX Turbo with 20-inch wheels was essentially no different.In government crash tests, the SRX scored a perfect five stars in front impact testing for driver protection and side protection. It got four stars for front impact passenger protection. In Insurance Institute for Highway Safety Testing, the SRX received the top crash rating of Good in the frontal-offset, side and roof strength tests.DrivingThe standard 3.0-liter V6 lacks the kind of juice required to contend with the SRX's hefty curb weight, and the base six-speed automatic's eager upshifts and sluggish downshifts don't help matters. The turbocharged 2.8-liter V6 and its more responsive transmission are significant improvements, but really all they do is make the SRX class-competitive.In other respects, the 2011 Cadillac SRX is a commendable luxury crossover. Steering response is sharp and the SRX handles much better than you'd expect a Cadillac SUV to. The ride is comfortable over regular pavement, but it gets busy for a luxury vehicle when the road gets a bit rough. Another downside is the SRX's thick roof pillars, which compromise front and rear visibility.#carspot #cardeals #luxury #usedcar #finance #honda #carfinance #mercedes #sale #carscene #carspotting #carsovereverything #suv #carbuying #autodealer #carforsale #carporn #nissan #carsandcoffee #dealerships #preownedcars #mercedesbenz #carsofig #carsofinsta #buyacar #carlovers #carspotters #carsale #sellcars #carselfie#carsales #cars #carsforsale #usedcars #cardealership #carsofinstagram #car #cardealer #dealership #autosales #carshopping #sales #usedcarsforsale #carsalesman #automotive #newcar #bmw #forsale #luxurycars #auto #carswithoutlimits #toyota #carlifestyle #carsdaily #carstagram #ford #audi #carshow #usedcarsales #newcars

You have no vehicle saved.